Know one golden rule for playing these popular forms of poker 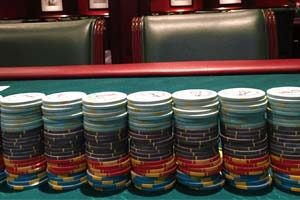 Poker has more variations than Baskin Robbins has flavors, so it can be tough to be an expect at each and every one. If you’re just looking to dabble in the many brands of poker, you don’t need to know every in-and-out. You just need to know the gold rule.

Here’s a look at some of the most popular variations of poker and one key thing to remember when playing these games at your favorite online casino or brick-and-mortar casino:

Texas Hold’Em is the most popular poker variation, thanks to the poker explosion in the 2000’s and the vast coverage around tournaments such as the World Series of Poker in Las Vegas. There are a number of tips and tactics to remember when playing Hold’Em but perhaps the most important rule is don’t react to your hand – good or bad. Texas Hold’Em is all about reading your opponent and not letting them read you.

So if you draw a strong hand, keep you composure and cool and try to hold back that smile, as not to scare away the other players. If they sense something is up, they’ll likely fold and leave the pot light – wasting a winning hand. On the other side, don’t show your disgust when drawing a weak pair. For all you know, those others at the table are holding bad hands as well and a little fake bravado could spook them into folding.

Sometimes known as draw poker, stud poker deals the players five cards and they’re allow to discard and draw new ones to make a stronger hand. Due to that rule, most players can build a respectable hand and that makes it very competitive.

With that in mind, if you don’t have a good hand, fold up and fight again another day. You don’t have to bet into every hand and knowing when the odds are stacked against you is probably the best tip you can utilize when playing stud poker. There’s nothing more crushing to a player or a bankroll than getting to deep into a hand with a losing set of cards.

Pai Gow is growing in popularity at casinos, with the one-on-one action between dealer and player much more inviting to casual and new poker players than sitting down with the sharks in stud or hold’em poker. Pai Gow poker asks the player to make two hands from seven cards and create his two strongest hands versus the dealer.

In order for a winner, either the player or the dealer must win both hands. If not, the game is graded a push and the best are returned. It’s this aspect of the game that really tests the focus of players. There are a lot of pushes in Pai Gow poker, which can be frustrating. So, it’s important to keep your cool, enjoy just sitting down and playing a fun game, and always keep your focus. If you play the cards right, you should come out on top in the long run.

Jeez, even the name sounds fun. Let It Ride was a popular poker variation in the 1980’s and 90’s but has cooled off in recent years. However, it’s making a comeback with the popularity of online casinos. Let It Ride has the player placing three bets across the table and “letting it ride” to the next bet if they feel positive about their hand. One strategy for Let It Ride is letting circle one bets ride if your first three cards are: three of a kind, a pair of 10s, any three cards for a Royal Flush, open-ended straight flush. You can let the second circle bet ride if your first four cards are: pair of 10s or higher, three of a kind or four of a kind, and any four cards of the same suit.